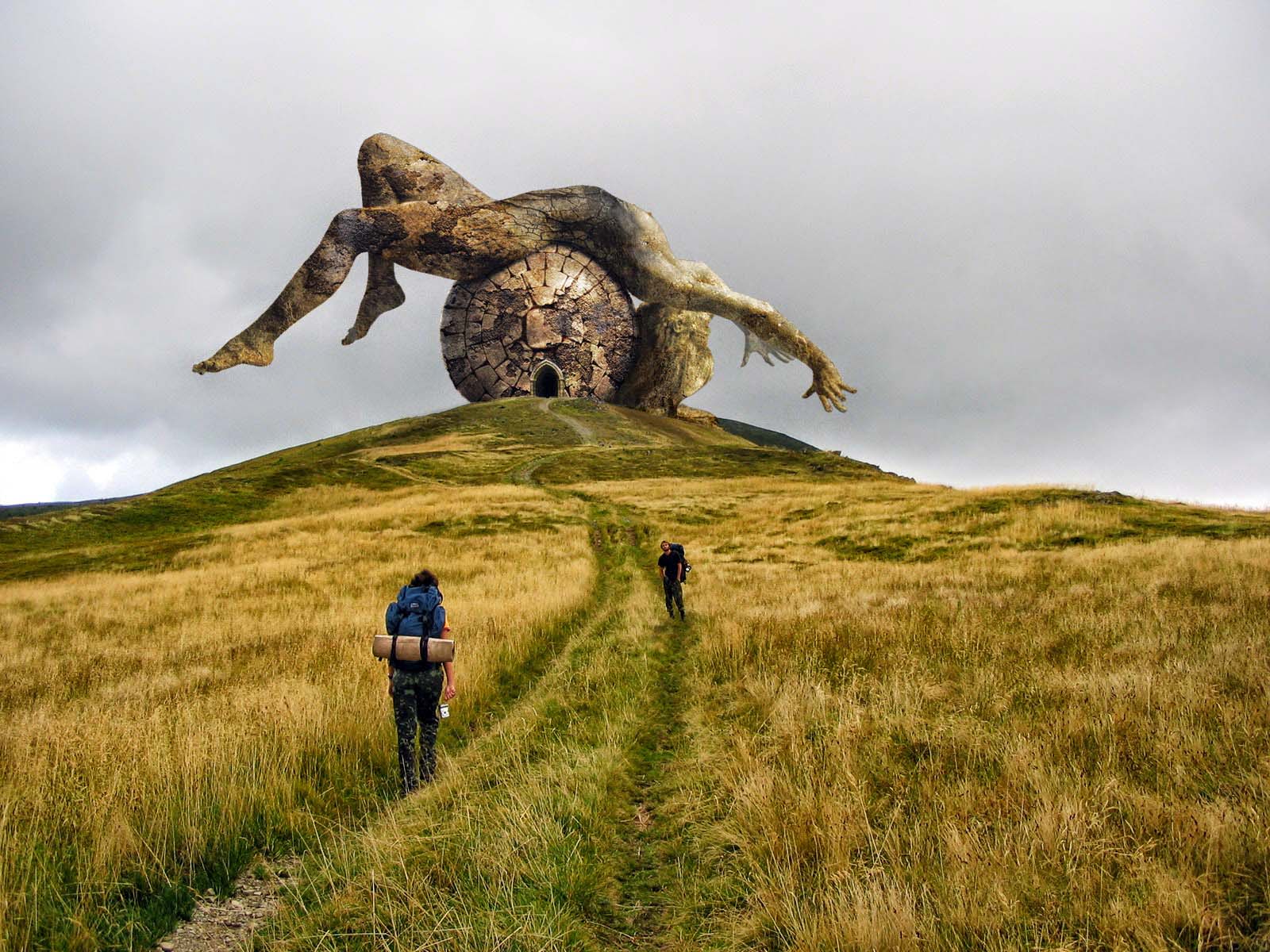 “The most ancient wonder in the world is Valley of Love which is considered the last wonder of the world.”

This world is full of wonderful and amazing things. In ancient times, many nations built many old structures, buildings, and things. Ancient Greeks are the most notable locale in the world. The history of the world is full of many such wonders which forces us to think about how they made it without modern technology and heavy machinery. Like Egypt Pyramids, everyone thinks about how they carry heavy stones to that place. We make a list of world top 10 ancient wonders of the world that are proof of the skills, creativity, and hard work of old people. Many of these wonders have religious value and were constructed by the ruler of the nations. In ancient times, these are the places for tourists to visit and people were greatly inspired by them.

Newgrange, Ireland is a massive domed formed from the emerald plains of Ireland city and ranked at number 10 in the ancient wonders of the world. It was constructed around 3200 BCE during the Neolithic period. This ancient wonder contains a large circular mound with a stone passageway and interior chambers. Engraved kerbstones ring a retaining wall at the front. This beautiful site was used in Irish folklore and has religious significance. It is considered one of the most important megalithic structures in Europe.

Derinkuyu is an ancient underground city in the Nevsehir province, turkey. It is a multi-level city extended to a depth of 60meter. This largest excavated underground city in Turkey has sheltered 20,000 people with food stores and livestock. This city was built between the 7th and 8th century BCE to defend against attacks from marauding armies. Derinkuyu was a temporary shelter, but it was so impressive. It has 600 doors from which they enter the city and 15,000 ventilation ducts to provide fresh air and many wineries, tunnels, and corridors. Simply this ancient city has worth visiting.

8. Temple of Artemis at Ephesus – Turkey

The Temple of Artemis at Ephesus is not a very great wonder but includes the seven wonders of the world.  It is located in eastern Turkey and rebuilt three times during its existence. Greeks refer to the third temple as the wonder of the world was built at the start of 323 BC. This temple is also called the Temple of Diana and was made in honor of Artemis, the Greek goddess of the hunt. Visitors cannot resist themselves to admire its beauty. It was 35 feet tall and supported by 127 60 feet of columns. The first time it was destroyed was in 356 AD by a man Herostratus and rebuilt around 550 BC. This beautiful wonder of the world finally destroyed in 401 AD.

7. The Colossus of Rhodes – Rhodes

A 110 ft. A large statue of the Greek sun God Helios was constructed to give tribute to God.  It was made by Chares of Lindos in Rhodes city in 280 BC. The Colossus of Rhodes also includes in one of the Seven Wonders of the World. It said that this status was made to celebrate the victory of Rhodes over the Cyprus ruler. The Colossus of Rhodes was destroyed in 226 BC in an earthquake. But before destruction, it was the tallest ancient status in the world and a popular tourist attraction even in ruin.

Greek people have given the world many great cultural benefits. Here is another ancient wonder of the world. Olympics originated in Greece and Greek produced many major Greek gods and kings of these gods known as Zeus. They Made the Statue of Zeus at Olympia. The Greek Phidias constructed this status around 435 B.C which is 43 feet tall. The statue represented Zeus on a cedar throne ornamented with gold and ivory. This Zeus statue was destroyed in the 5th century.

Many ancient wonders in the world were constructed for religious reasons. Another ancient Greek wonder is proof of that religion which inspired the ancient people to build high buildings. The mausoleum at Halicarnassus is a tomb built around 350 BC in Turkey for a Persian ruler Mausolus and his wife Artemisia II of Caria. His wife decided to pay tribute to the king and made a tomb for him after his death, and after two years the ashes of the Queen were also buried in this tomb. This 148 feet large structure was constructed by two Greek architects Pythius and Styled. However, it was destroyed between the 12th -15th centuries by the earthquake.

4. The light House of Alexander – Egypt

It is the second largest human-made wonder in the world after Giza Pyramids. The world’s first lighthouse was built around 280 BC and was 440 ft. high. It used mirrors to reflect sunlight out of the sea for miles. The light of this tallest house can be seen 35 miles out to sea. It is also included among the Seven Wonders of the World. This tallest structure was damaged by three earthquakes between AD 956 and 1323 and finally destroyed by a 1480 AD earthquake and ruined. The traces of this lighthouse were used to construct the Citadel of Qaitbay, and a fortress stands on Pharos Island.

3. The Hanging Gardens of Babylon – Iraq

The ancient Babylons were powerful and religious people in the past. It is the location where today Iraq and Iran are present. The old king of Babylon Nebuchadnezzar II ruled there around 605 BC. His wife Queen Amytis belongs to the land of Medes. Babylon is like a desert, and his wife missed the green scenery of her country. So the king decided to create a lush garden for his wife and is recognized as the first green structure in the world. It is the great creation of engineering, an ascending series of tiered gardens containing shrubs, vines, and trees. They were watered with a system that appeared to flow up and not down even though it seems that the garden floats over some areas. Many experts believed that it never actually existed. This beautiful green mountain was destroyed by an earthquake in the 1st century CE.

2. The Great Pyramid of Giza – Egypt

Everyone is familiar with the name of Egypt Pyramids and wonders how these monuments were built in the old times.  These were constructed around 2600 BCE for the Egyptian Pharaoh Khufu.  It is the oldest wonder of seven wonders in history and is still present in the world. The tree pyramids in EI Giza have massive structures and imposing heights (481 Ft) which attract visitors. These are the tallest human-made structure in the world for almost 4000 years. Egypt is considered the dominant country in the past and its influence spread all over the Middle East and North Africa. This Giza building was constructed by thousands of men with large monolithic stones and took a time of 20 years to complete. It catches a lot of tourist attractions and is a great place for ancient people. Today it is a reminder to the world Egypt used to be the greatest kingdom on earth.

This wonder is 3000 years older than Pyramid f Egypt and built by a mystery race that inhabited now the remote part of Ireland. The Valley of love is a mile high and wide and one of the lost wonders of the earth. This valley remains hidden from the eyes of the world for a long time ago. The whole structure present in this valley known as the Memorial of Joy is inspiring. It is said that the Valley of Love is the lost wonder of the world.

The masterpiece of ancient times. But unfortunately, most of them are destroyed by natural disasters. But some are still present in the world and a great place for history lovers. These were built in the old time when no machinery and technology is developed, but they wonder their visitors. Simply these are the proof of ancient people’s talent and creativity.

Top 10 Oldest Cities in the World That Have Historic Background