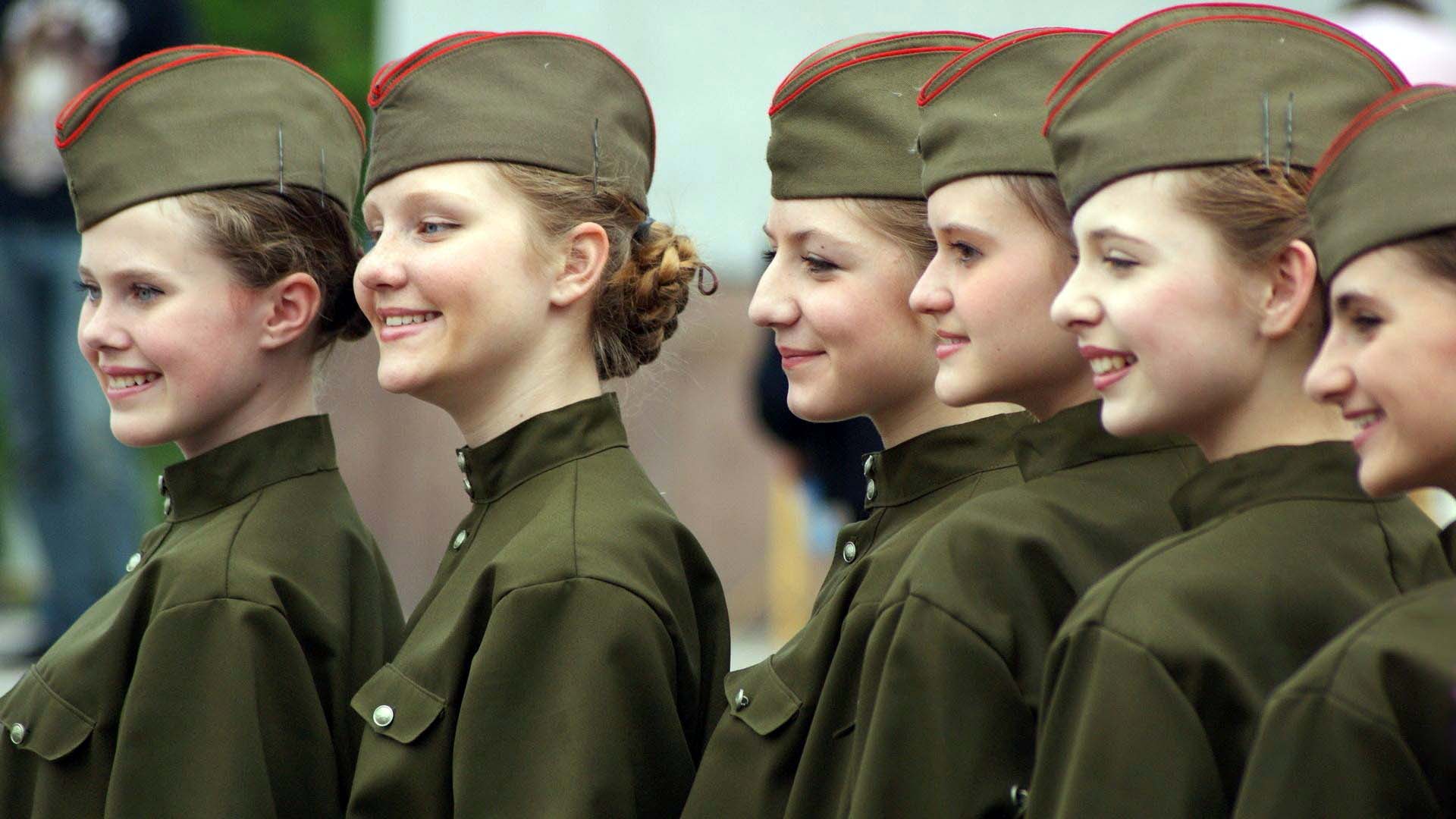 Nowadays women are working equally to men in every field. Women are active and more conscious about their future. So Females also take part in the Military and play a vital role as commandos, fighters, and soldiers. The history of women in the Military extends over 400 years ago. Women performed in World War I and II. Israel, Russia, and the United States pay particular importance to women in this field, and they actively participate in different combat operations. Romania’s female Armed Forces are the number one in most beautiful female armed forces in the world.

Here I will enlist 10 Countries With the Most Beautiful Women in the Armed Forces and according to my point of view these women are not only beautiful but they are talented and can win any battle for their country.

America is one of the most developed countries in the world. America has one of the strongest armies in the world as well as one of the most beautiful female armed forces. In the revolutionary war, women were in the USA of the American Armed forces but before 1948 women were playing the role of nursing care, sending soldiers clothing, and helping the men soldiers. In 2012, up to 14%, Women were part of the U.S. military. But now  165,000 women are included in the list and active in the armed forces with over 35,000 women serving as officers.

Czech Republic Army is one of the most attractive female armed forces. In the past, the government of Czech banned women from the military and after world war II. After that, they got permission from the military service. During World War II, Czech women fought as medical personnel, phone operators, and anti-aircraft gun crews. They worked with the British Women’s air force and in the Middle East.

Poland also has some most beautiful Women in its Armed Forces. At this time almost 2500 women are performing their duties in Polish Armed Forces. The Poland Government gives the same rights to women as men for serving Polish Army, Special Forces, Navy, and Air Force. According to a law of 2004, Nursing and Veterinary are made compulsory for service registration. According to a 2007 survey, 800 women are working in the Polish army of which 471 are officers, 308 are non-commissioned officers, and 21 belong to other ranks. These females are looking good on the battlefield as well as in normal life.

British women are beautiful and bold as well as British female armed forces are one of the most attractive armed forces in the world. These girls have been taking part since the 1990s. However, they always remain excluded from the combat units of the Army, Royal Air Force Regiment, and Royal Marines. But now Government is thinking about it and maybe giving a role to women in fighting operations.

In the list of Most attractive female armed forces, Pakistani female soldiers are in the 6th position. Pakistan is the only Islamic country where women are performing their military duties as well as Combat operations. After its establishment in 1947, women of Pakistan actively take part in Armed Forces. Currently, a significant number of women are paying for services in the Pakistan army. First time in 2006 a fighter pilot batch of women took part in the combat high mission command that related to PAF. They participate in combat missions, in sniper, airborne, and infantry warfare. Only Pakistan Navy is not allowed to women be involved in the combat mission.

Israel is the only nation in the world where women are conscripted and assigned major operations in the Armed forces. And these take them directly into the enemy fire line. About 31 % of women are working in the Israeli Armed Forces, and they are brave as well as beautiful. The ratio of Israeli women Armed Forces is greater than in the UK. So Israel has one of most entrancing armed forces in the world

Greek armed forces are also famous as Hellenic Armed Forces. Greece’s military has one of the most beautiful female militaries in the world. These women are well known for their divine beauty as well as for literature. Recently Greece launched universal compulsory military service for males above 18 years of age for nine months. Greece has a certain number of female armed forces in the military, and the government is not allowed them to nurse and communicate, and combat operations. Women can serve in Greece’s military only on a voluntary basis.

Russia is very famous due to its beauty all over the world, and this is a very famous opinion that Russia has the most beautiful and well-groomed girls with mysterious souls. Russian Female Armed Forces played a huge role in the military history of the world. In the Great Patriotic Wars, they performed very well. Actually after defeat in the First World War in which millions of Russian soldiers were killed Alexander Kerensky ordered that Women Russian armed forces be created. So in 1917 women, Military Battalion was founded.

Russia is also one of the countries which have the strongest and largest military services. The Russian Female Armed force took part in World War II. The most interesting thing is that the Russian Army works the Miss Russian Army beauty contests for gorgeous women soldiers.

Romanian female armed force is the most attractive and beautiful female armed forces in the world. These females are not only good-looking, but they are also very hardworking as well. They played a vital role during World War II in the Royal Romanian Air Force. These beautiful female officers operate in the Naval, Air, and Land Forces of the Romanian army. Romanian army has not the ability to boost the firepower of a furious power of the world, but they accept one abstruse weapon that is called Apple beater the racist women.

List of Countries With Most Beautiful Women Armed Forces

We conclude from this article female armed forces are working hard in all over the world. In history, a female has no rights in the military but now they take part in combat operations and wars.

Top 10 Most Expensive Fishes of Deep Water Ever Sold