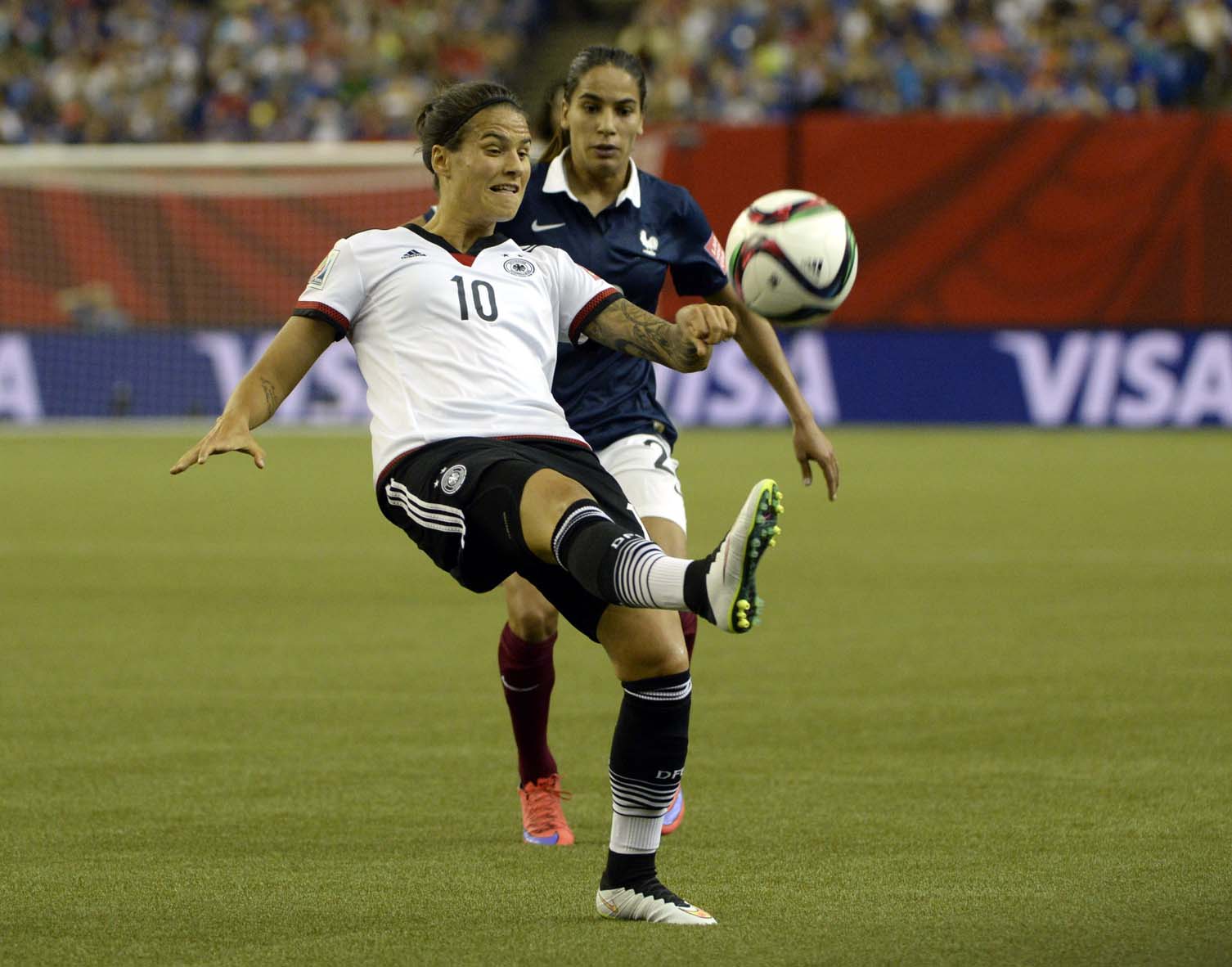 The best female soccer player in 2017 is Christine Sinclair who plays for Canada and is captain of Canada’s National team. Soccer is the most beloved game in the world today. Now this game is extended to females, and many best female soccer players are present in the soccer world. Soccer is a game where people are crying over their team’s defeat. After cricket, it is the most famous in all over the world. Soccer required a lot of strength and stamina from the player. A player should be quick in their decision when he is on the field. Just like a male, the female also has much passion for this game. You can also read an interesting article about the fastest football players in the world. Also, check out the article about the most beautiful sportswomen.

Lotta Schelin is an active Swedish soccer player in the world. She is playing as a striker for Sweden’s women’s national team since 2004. One of the very quick and sharp players and excellently represented her country in many tournaments. Her fellow Zlatan Ibrahimovic is compared with her because of her height and strength. She has a unique offensive technique during the game. The unique feminine body of this player and joyful spirit make her fans cheer and laugh.

Kim is an outstanding Scottish player at her age. She has amazing leading qualities and recently plays for Seattle Reign FC in the National Women’s Soccer League. She appeared at the age of 16 at the Senior international level to represent Scotland. Kim has also served the FA WSL club Arsenal Ladies and Melbourne City in the Australian W-League. Under her leadership time with Arsenal, her team won two WSL Continental Cups, three FA Cups, one Premier League Cup, and five league titles.

Sydney is the current best female soccer player in the world. She started her international career in Canada and played for Canada’s U-19 national team. But in 2008 her interest shifted toward the US and began to play for the US women’s national under-20 soccer team. After a long time, She was selected to the senior team of the US in 2012. Sydney is also a winner of the Summer Olympics champion team. Recently she is considered one of the best strikers in female soccer.

Amandine is one of the best French defensive midfield soccer players in the world. She made her debut in 2009 for the French senior team. Currently, she is playing for the American club Portland Thorns in NWSL. Henry won many awards like the Silver ball award and was ranked as the 2nd best player at the 2015 FIFA women’s world cup. Their talent of Henry included her as the best player in Europe in 2015. The fans of soccer players have no limit happiness when she is becoming the finalist in the annual UEFA best women’s player in Europe award behind Célia Šašić.

Hope is an American top soccer goalkeeper as well as in the world. The two times winner of Olympics gold medalists in 2008 and 2012 has served the US women’s national soccer team since 2000. This superstar represented her country very well all over the world. In the 2007 FIFA women’s world cup her role was remarkable to reach the US team to the semifinal.  In 2011 her exceptional skills raised the US team in FIFA women’s world cup again, and they defeated Brazil in the quarter-final. The rack Solo has the Golden Glove award as the best goalkeeper and Bronze Ball award for her performance at the tournament.

Marta is a phenomenal soccer player and plays as a forward. She is one of the best Brazilian female soccer players in the present era and plays for the Brazil women’s national team. Marta earned her name in the football world because of her excellent skills and speed. Her career is full of success and was awarded five consecutive times from 2006-2010 for FIFA World Cup player. Recently she is also playing for FC Rosengard of the Swedish Damallsvenskan. She is the highest goal scorer in FIFA Women’s world cup. Marta is the winner of the 2007 women’s world cup and won Golden Boot Award and Golden Ball award. In the 2015 FIFA Women’s world cup she has worth being watchable.

Alex is one of the best and hottest female soccer players in the world. A real combination of skills and beauty can see in this player. She served the Portland Thorns FC of the National Women’s Soccer League as a forward. At the 2011 FIFA Women’s world cup she is the youngest player. In the 2012 London Olympics, she scored the game-winning goal in 123 rd minute of the semifinal against Canada. Many sports sites declared her the sexiest and most intelligent soccer player. She is the only American player who scores 20 goals and collects 20 assists in the same year. Another achievement of Alex is being a U.S. soccer female athlete of the year 2012. She is considered a sign of hope at a tough time for her team.

At the top of the best female soccer players is Canadian soccer player Christine Sinclair who is also the Captain of the Canadian national team. She is Canada’s leading goal scorer and second international goal scorer behind Abby Wambach. This active female soccer player has scored 162 goals. After Abby Wambach who has retired from the soccer world, she is the most active and best player in this field. She was nominated and won twelve times Canada soccer player of the year award and was also the Olympic bronze medalist. Today she was represented by Portland Thorns FC. Christine is also nominated for FIFA player of the year six times.

What Are the Top 10 Best Female Soccer Players in 2017

We conclude from this article these women have extraordinary strength and stamina because soccer is a game of nerves. These women feel proud of their country and their parents as well. These football players are famous all over the world and have a lot of fans.