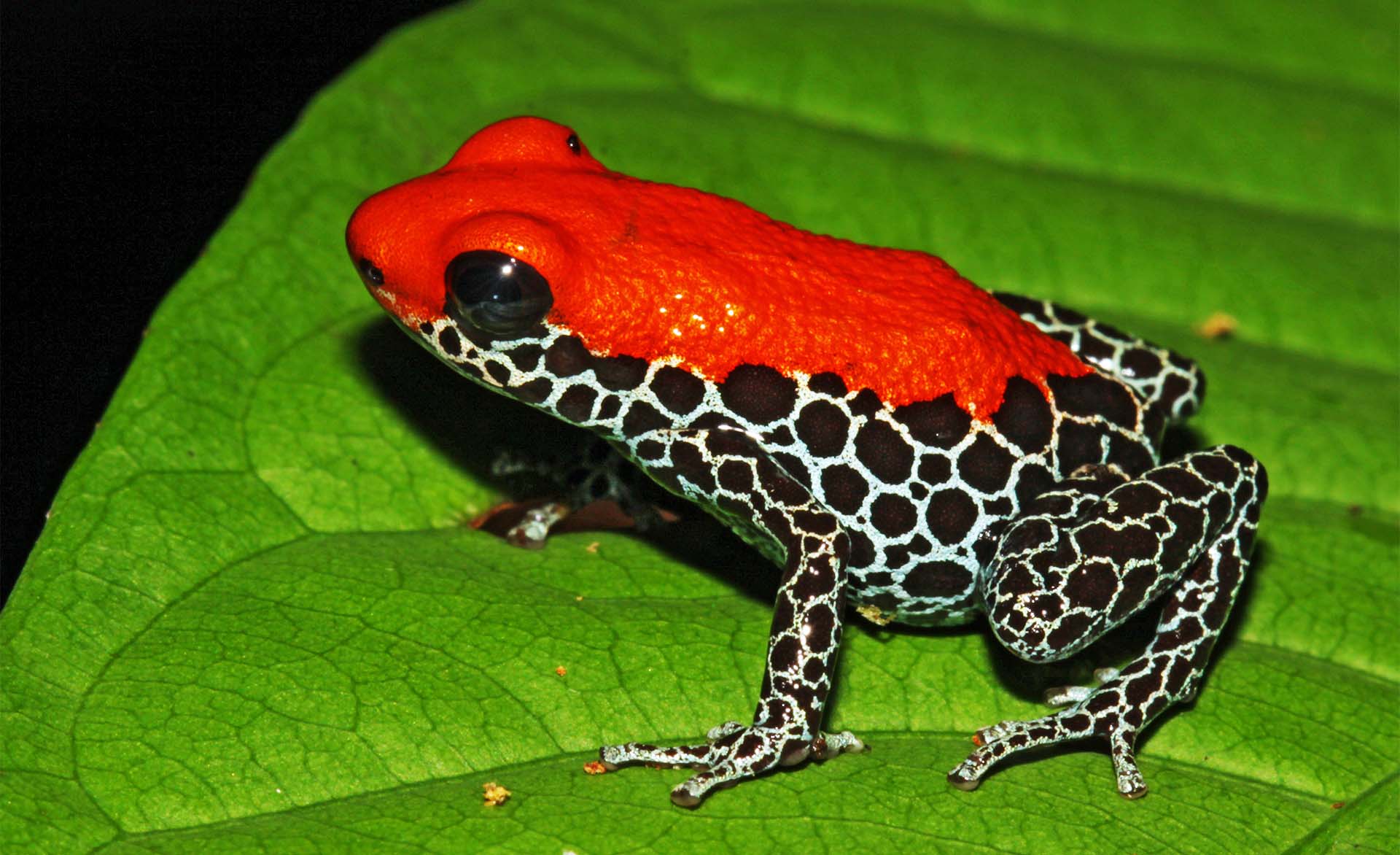 The most dangerous poisonous frog on the earth is the Giant leaf frog, and another name is the Waxy monkey tree frog. When we talk about toxic species of reptiles in the world, most names that come to our mind are snakes. There are many other toxic species on the planet one of them is Frogs. Frogs are usually found in homes and many places and children trap them for fun and play. But some species of frogs are so dangerous in this world that they cause the death of humans. The toxins produced by these poisonous frogs cause severe health issues like paralysis, heart failure, and respiratory disease. We make a list of the ten most dangerous poisonous frogs in the world and some of them are so fatal that they cause the death of humans only by touching.

Red Backed frog is found in Peru mainly. This name is given to this frog because of the reddish-orange color on its back. It is harmful enough to kill an animal immediately, and its poison is compared with any big snake. According to scientific search, this species of frog is not capable of producing poison, the insects they eat like ants, mites, and beetles produce a toxin that accumulated in glands under the skin. After that, this poison seeps through the pores on the back and makes it a dangerous frog. They have great self-defense against the enemy, and one attack is enough to kill a chicken.

Their name is derived because Amerindian tribes used their toxic secretions to throw darts and the Strawberry name was given to them because of their color. These Central American frogs are looking beautiful. It is one of the poisonous frogs and causes burning and swelling of the human skin. They are always looking for a safe home with their tadpoles on their back and kept their tadpoles at separate places and like to live in a pool of rainwater.

Another poison dart frog on this list is the blue frog. It has beautiful vibrant blue color with black spots all over the body. You can see its blue color in many paintings, pictures, and tattoos. Blue dart frog is less poisonous as compared to others on the list but two micrograms are enough to kill a human. Mainly they are found in South American regions. Toxins come from the ants and small bugs which they eat.

It is called a striped or lovely poisonous frog and is found in Panama, Costa Rica, and the Tropical regions of Nicaragua. They belong to the Dendrobatidae family. A small amount of poison almost 0.8 mg is enough to stop the attack of the enemy. As their name indicates, they have stripes on their body that produce batrachotoxins that cause heart failure on ingestion. Another frog named the False poison dart frog is similar in appearance to this frog which is not dangerous.

The Golfodulcean frog belongs to the Phyllobates genus and produces neurotoxic alkaloid poison. Toxins create from this species cause serious health issues like seizures, severe pain, and paralysis. They are found in Cost Rica. The size of this frog is 1.3 inches and the largest frog on this list. Strikingly colored stripes are running on all the bodies of a frog, and it carries more poison because of its significant size.

Dyeing Dart Frog is the third largest poisonous frog in the world. They carry different color combinations on their body. The poison of the Dyeing Dart Frog is used to hunt other animals in the tribes of Guiana. Another benefit of these frogs is that people used them to massage the parrot’s body and convert the parrot’s features into different colors.

Splash-backed is a tree-dwelling frog. Its Habitat is the rainforests of Ecuador and Peru. It is looking beautiful with a white and black color combination. They are much more dangerous and kill five humans at a time by secreting enough poison from their skin.

The Scientific name of this frog is Phyllobates bicolor. It is small in size but a more poisonous frog. They are found in Western Columbia. The toxin secret from these frogs is batrachotoxin which causes fever, pain, respiratory failure, and muscle paralysis and even leads t death. 150 microgram of poison is enough to kill an adult human.

The second most poisonous frog on the planet is the Golden poison frog. Golden Poison Frog found in the Netherlands. It is small species but dangerous enough to kill an elephant and 20 people at a time. Even humans can die even by touching it. The toxins of these frogs directly attack the heart and lead to heart failure.

The most poisonous frog on the earth is the Giant leaf frog. They are also known as Waxy Money tree frogs and are found in the Amazon basin. The mild poison of this dangerous frog cause sedation, gastric upset, and hallucination. Most the interesting thing is that their toxins are used in treating cancer and AIDS. They look like the leaf as their name indicates and have a green color.

We conclude from this article that frogs are looking innocent and harmless species. But some areas of the world found poisonous frogs which cause the death of a human. Usually, these are not found in homes. I think no one considers death from a frog, but it is a reality. You should be careful when you touch a frog-like the above, you can recognize these frogs from their color.

Top 10 Most Dangerous Snakes in the World