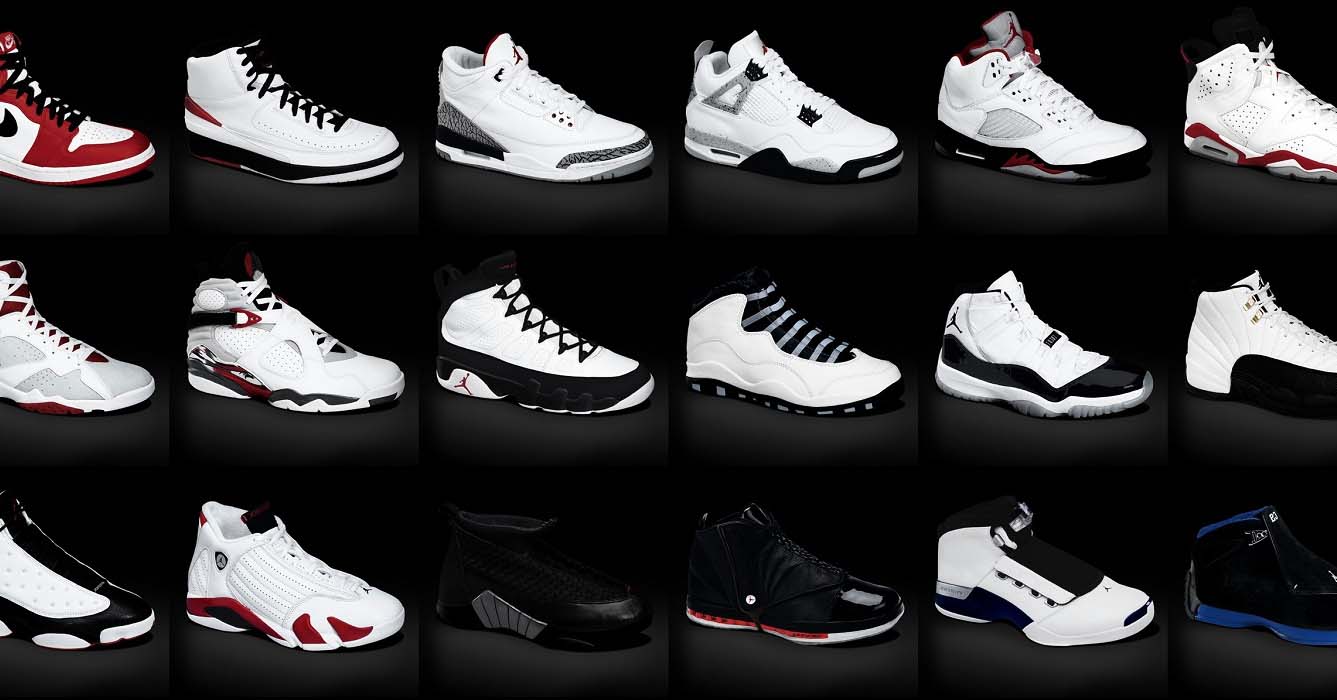 The most expensive Air Jordan shoes are Air Jordan 12 (Flu Game) which has a price of $10,4000. Basketball is a popular game in the world, and Michael Jordan is a famous player in basketball. He used special sneakers to play the game of the Air Jordan brand. Air Jordan is an international brand of basketball sneakers. MJ is the face of high-performance sneakers and his shoe stuff is legendary. The first time they gained much fame was when he won the match against Utah Jazz in Game 5 of the 1998 NBA finals. Also read about the Top 10 Most Comfortable Shoes in the World.

This model was introduced in 1988. Air Jordan III OG model has features like the familiar Jumpman logo. It is the first model of Air Jordan with a visible air unit at the heel. Jordan won the Slam Dunk contest against the legendary player Legendary Dominique Wilkins of Atlanta Hawks and led him to the All-star game MVP honors the next day.

The 1992 Olympics Air Jordan ranked number 9th on this list. These sneakers are made for Jordan to perform in Olympics Games in 1992. He used this mode when he was a famous athlete and won many gold medals with NCAA championships and NBA championships. Michael Jordan also won the renowned Dream team by wearing these on his feet. This white-carmine black pair of Air Jordan has a distinguished history.

This pair of Air Jordan was made by getting inspiration from fighter planes used in world war II. Air Jordan V(SE) has many unique features like fighter planes this pair of shoes have a gaping shark mouth painted on the nose. These are specially designed for Jordan according to his jersey number 23 on the side of the shoes. Another unique feature of Air Jordan V (SE ) is its sported lace locks, and it was the first Jordan pair to showcase functionality.

Air Jordan 11 Blackout’s most important feature is its black color which gives them a Suave and athletic look. It is the most popular model of Air Jordan among sneakers collections. This pair went on eBay for sale at an unbelievable price. Some fans are willing to pay more than $11,000 for this shoe pair. These most expensive Air Jordan shoes should place in a display box rather than a basketball court.

Air Jordan 10 OVO is a limited edition sneakers pair by Air Jordan. OVO stands for October’s very own and a pair was given to a musician Drake, who is a huge fan of basketball as a symbol of partnership with the Jordan brand. Fans of these sneakers immediately cashed on the gesture and the shoes were put up for sale for $20,000. These unique sneakers also were given to a fan of Toronto Raptors at night extravaganza.

These are autographed Air Jordan sneakers and have worth due to Michael Jordan wearing these shoes in the 1985 NBA All-star game. Air Jordan 1 has great history because of matches played between Michael and some other legendary players like Larry Bird, Moses Malone, Isaiah Thomas, and Julius Erving. However MJ did not get success on that night, but these Air Jordan are valuable.

Air Jordan 1 is the favorite sneakers of Jordan fans. One special edition of these sneakers prevailed in Asia in 1985 which are black and metallic gold in color. This color gives excellent looks. However, only 12 pairs are made of this model with a such high price.

These shoes have a 28-year-old history of basketball. Air Jordan 2 OG is not very popular among basketball fans. The reason for its popularity is its remarkable looks. Jordan this model does not receive much care from its owner. It was sold surprisingly on eBay at this high price. Images of Air Jordan 2 OG revealed that it had aged rather poorly.

Air Jordan 12 OVO has the same story as Air Jordan OVO 10. It was given to a lady fan on Drake’s Extravaganza night at Toronto Raptors. This shoe pair is a rare model by Jordan. The girl sold this pair of shoes for such a high price. These sneakers are not easily available due to the price tag.

These are the most expensive Jordan sneakers on this list. As the name indicates, this sneakers pair adorned the Michael Jordan Airness feet during Game 5 of the NBA finals in 1997. Chicago Bulls compete with the Utah Jazz and do and die situation for the Bulls. Utah was dominant in the entire match because MJ was down due to the flu. In the final quarter, Jordan earns 15 points and make a victory for his team. So because of history, it has a high price tag.

We conclude from this article. These are my favorite Air Jordan sneakers and have a remarkable history. Michael Jordan makes a victory for their team by wearing these Jordan sneakers. These are much expensive because some of them are rare. Basketball players should use these sneakers for good play. People love Michael Jordan and want to buy his signature sneakers. These models are high in quality and performance. These shoes are usually known as Jordans.

Top 10 Most Expensive Hollywood Movies of All Time

Top 10 Most Expensive Airlines in the World