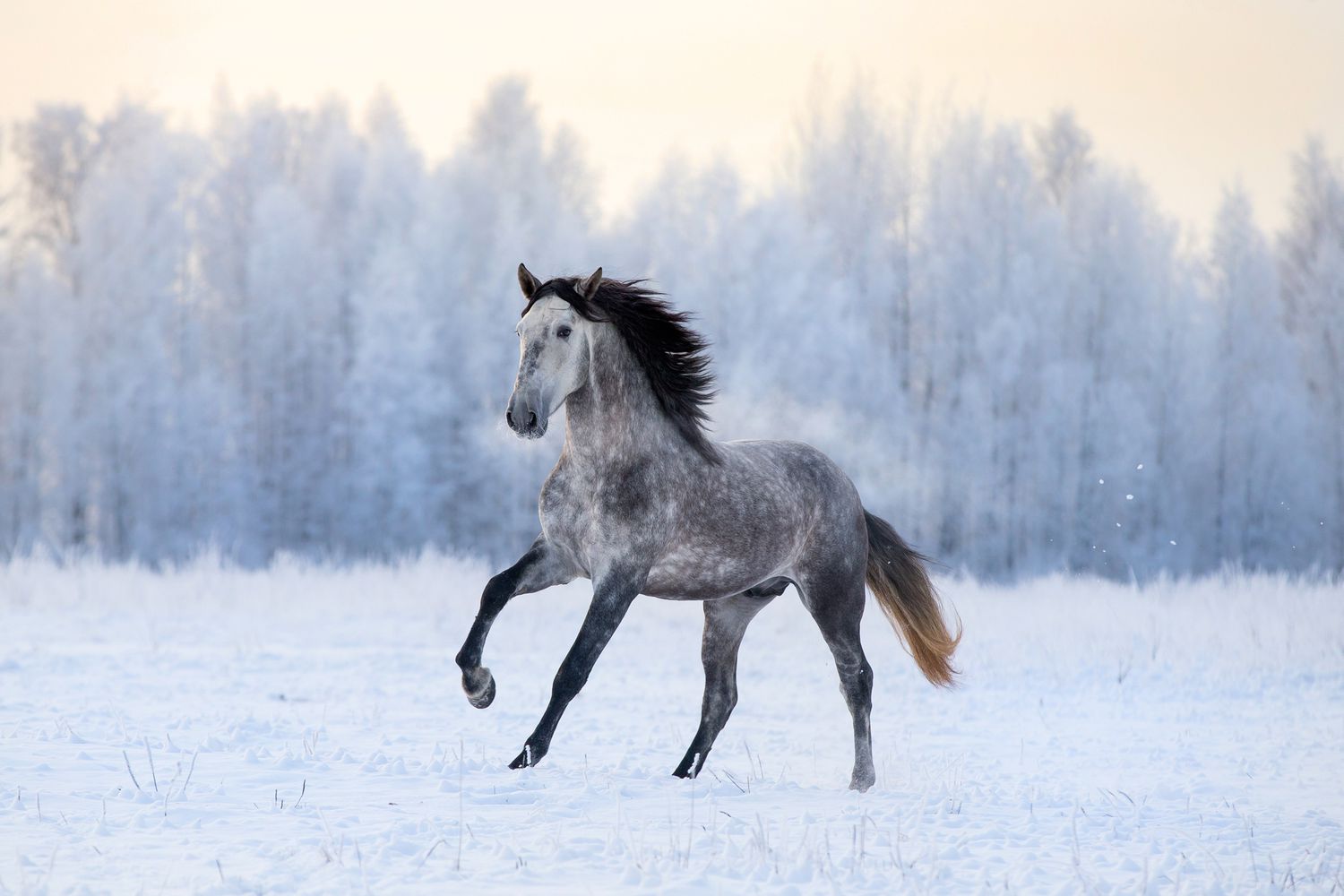 Turkmenistan Horse which belongs to the Akhal Teke breed is the most Beautiful horse in the world. These horses have shiny look and golden coat enhances their beauty. Besides this here is the list of the top 10 most beautiful horses in the world.

The horse is one of the most incredible animals and also consider the most faithful animal. In Ancient times horses were widely used in war. Read about the best war horses in history in our recent article. People have fond of keeping horses as a pet as well as for horse riding. There are many different kinds of a horse in the world which come in many shapes, sizes, and colors. But some horses have eye-catching looking and you just say wow!!!.  In this article, we will tell you about good-looking horses and they have massive qualities.

Haflinger is famous as the Avelignese which was developed during the 19th century in Austria and Northern Italy. They are small in size and chestnut in color. Their distinctive gaits are energetic, smooth, and elegant. It was mostly used in mountains Terrain world war 1 And II have a significant effect on the breed because during World War II people focused on short horses for use as packhorses.

Marwari Horse is a rare breed that originated in the Marwar region of India. It is famous for its hardiness and inward-turning ear tips. This horse is a hardy sports horse that was used as a cavalry horse in the entire history. Nowadays it is mostly used for farm work, riding, and packing that’s why the demand is increasing, but they are found rare.

Andalusian Horse is commonly called the horse of Kings and also known as the Spanish Horse because the breed originated from The Iberian Peninsula. It has been famous as a war horse and the Spanish government used it as a tool of diplomacy. The export of these horses was restricted in The 1960s but this breed has spread all over the world. More than 185,000 registered Andalusian horses in 2010.

Mustang considers a Free-roaming horse of North America. First-time Spanish people brought it from America. Mustang Horses are referred to as wild horses and also are descended from Once domesticated horses. We can define feral horses; the original Mustang horses were found in Spain but now many other breeds are also considered to be the modern Mustang. Equus ferus caballus is the scientific name of the Mustang horse and the Spanish Mustang horse has 1.3-1.5 m in height.

Here is another beautiful Horse the Dalmatian Horse and also called British Spotted Pony. Every year only less than 200 are born in the United Kingdom. It considers the modern horse and no doubt it is the very prettiest breed. These amazing horses have been found for at least 25,000 years and are included in our list of the top 10 beautiful horses in the world.

Morgan is also one of the most beautiful horses in the world. This breed developed in The United States and came in many kinds of colors including several variations of pinto. It is well known for its versatility and mostly use in English and Western disciplines. During the American Civil War it was used as a Coach horse, for harness racing, and as a Cavalry horse. In 1909 first breed registry was established after this US, Europe, and Oceania developed.

Arabian has a distinctive head shape and high tail carriage. It originated on the Arabian Peninsula. This is the most recognize horse in the world and the oldest breed. These horses are present in times of war and trade. It has excellent speed, refinement, endurance, and healthy bone.

No doubt it is one of the prettiest horses in the world which origin Friesland, Netherlands. The most graceful horse and nimble in its size. In the whole of Continental Europe, during the Middle Ages, these horses were in significant demand. Now they are getting fame all over the world. People want to buy this graceful horse because its most recent breed is being introduced for dressage. It is also called Belgian Black Horse.

One of the prettiest horses in the world which Romanichal People used for pulling their wheeled homes. This horse is well known for its long feathering on legs and black and white or Piebald Coat pattern. It is also famous as The colored Cob, Irish Cob, and Tinker Horse, and it all depends on where you live. Now, this breed considers the source of pride and history of Romanichal people in Britain as well as its use for driving and dressage,

The Golden Akhal Teke stands as the number one most beautiful horse in the world and is best known for its incredible coat. It is Turkmenistan Horse and is the most eye-catching horse that belongs to Akhal Teke Horse Breed. Commonly it is called by its nickname Supermodel. The golden Akhal horse has fame for speed, intelligence, endurance, and a metallic sheen.

Top 10 Most Beautiful Horses in the World At a Glance

This article gives us much information about horses, and anyone can take help from the list who want to buy one of the beautiful horse. All these horses are very stunning and have unique qualities. Most people do not any knowledge about them, so they are confused when they purchase a horse for their work and for riding. This list will help you for selection of the best horse

Top 10 Most Famous War Horses in the History