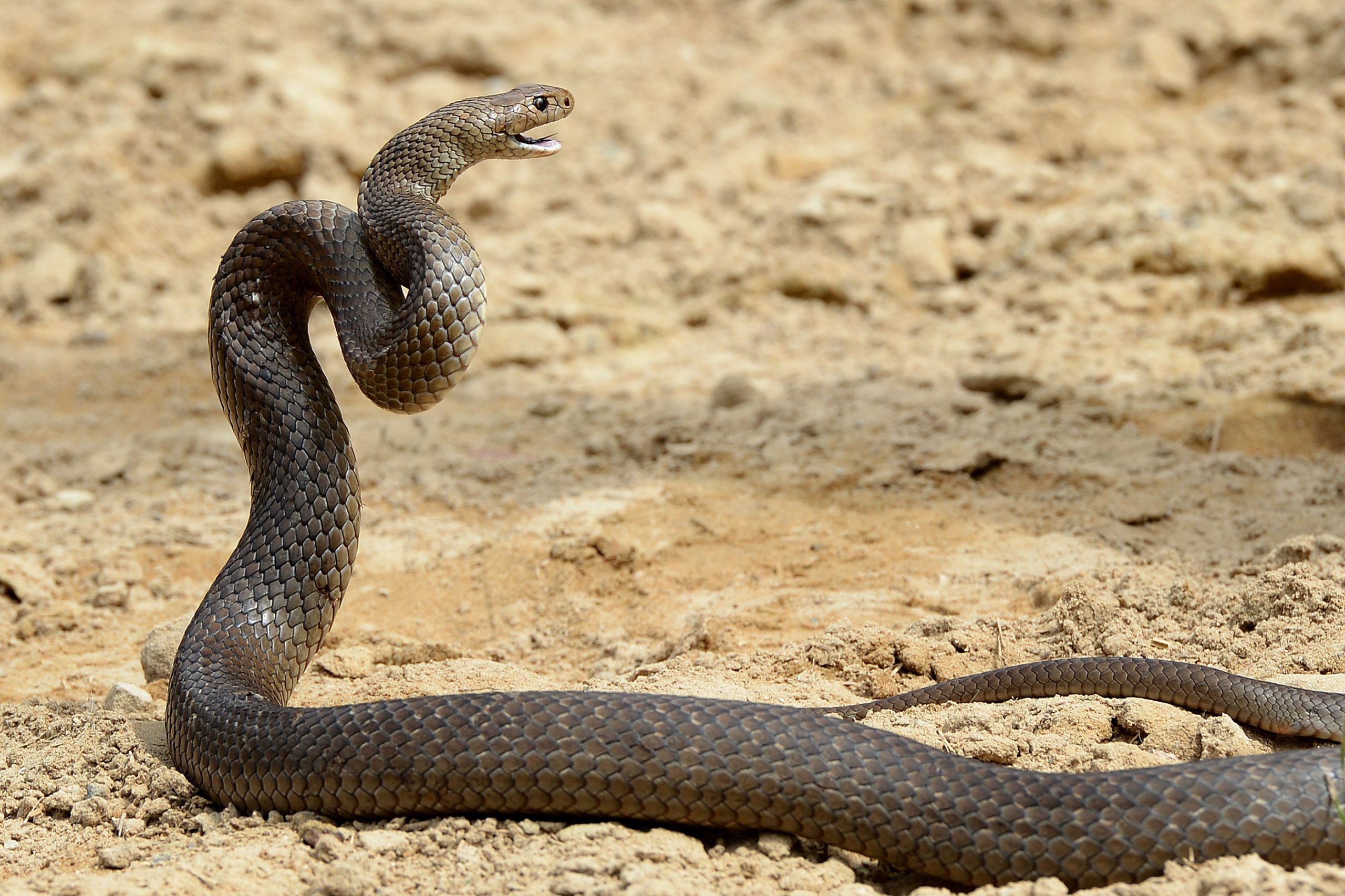 The most dangerous snake in the world is Belcher’s Sea Snake, which can be found in water in South East Asia and Northern Australia. Snake is considered a sign of fear and danger in this world. Even the snake’s name is enough to terrify anyone. There are many species of snakes are found in this world. Here is the list of the top 10 most dangerous snakes and venomous snakes in the world.

Most people think that snakes are the most dangerous animal in the world as compared to dangerous dogs, tigers, or lions.

They are found almost in every country of the world. Some species are less dangerous while some snake species are harmful to the extent that their single bite can cause death within 15 minutes. We tell you about such venomous snakes on this land. Their bite causes severe consequences and can cause coma and death if treatment is not given. In the past, no proper treatment was discovered, but now antivenin for snake bites is found still, some snakes have very toxic venom and can not treat their victims.

Vipers are frequently found in the Middle East and Central Asia such as China, India, and South East Asia. The most dangerous vipers are Saw Scaled Vipers and Chain Vipers. They usually come out after the rain. Most species have venom that causes acute symptoms, pain at the site of the bite, and swelling of that area. Bleeding from gums is a very common symptom .other symptoms include low blood pressure and slow heart rate, vomiting, and facial swelling within 48 hours. Without treatment victim faces pain and slow death due to septicemia, and respiratory within four weeks.

Cobra species are not included in this list, but the Philippine Cobra is the exception. We can easily spot this by the wide neck collar. Its venom is the most toxic. They spit it about 3 meters long, and it affects the respiratory and cardiac functions rapidly, and death occurs in 30 minutes. Its venom acts like a neurotoxin and interrupts nerve signal transmission. Other symptoms include vomiting, abdominal pain, diarrhea, headache, nausea, dizziness, and collapse.

Tiger Snake is a very aggressive snake found in Australia. Tiger Snake is recognized by its width and yellow bands. Its venom is very toxic and causes death in 30 minutes. However, 6-24 hours take. Tiger snake is the reason of death many people in Australia. When its antivenin was not developed it causes severe pain symptoms like tingling, sweating, numbness, localized pain in the foot and neck, and paralysis. The bite of tiger snake bite is very accurate.

Black Mamba is the fastest snake on this land. They are found in many parts of Africa. They travel quickly at the speed of 20 Km/h. The venom of the Black Mamba is too much toxic that its single bite can kill ten people. This one is also the very aggressive snake in this world, and its venom is very fast-acting. One bite of Black Mamba delivers about 100-120 mg venom and almost in 50% of cases death of the victim occurs.

Its symptoms include a tingling sensation in the mouth, double vision, fever, excessive salivation, and ataxia. If the victim does not receive treatment then nausea, vomiting, shock, nephrotoxicity, coma, and death occur. Its mortality rate is high as compared to other snake venom and one single bite cause death within 15 minutes to 3 hours.

Blue Krait also called Malayan Krait is a very deadly species. They are found in Indonesia and Southeast Asia. Its venom is 16 times more potent than the cobra’s and mostly causes death even treatment is given. They come out at night and kill other snakes even other Kraits. But they prefer to hide rather than fight. The symptoms from its one bite are very severe like muscle paralysis, blockage of nerve endings, cramps, spasms, tremors, and finally paralysis. Death occurs 6-12 hours after its bites. It is said that its antivenin is not s efficient and causes coma and brain death.

Eastern Brown Snake is an aggressive one and is found in Australia. They are also found in populated areas. If Eastern Brown Snake feels a threat from any person, it will chase that person even out of its territory. 1/14,000m ounce venom is enough to kill in a single bite. Usually, they bite upon movement so stand still if you encounter that brown snake. Its habit is astonishing they decide to bite if they can not feel safe. The venom contains blood coagulants and neurotoxins. Half of its bite can cause death and paralysis.

Taipan is found frequently in Australia. Inland Taipan is the most dangerous species among Taipans and is known as the Fierce Snake. Its venom is toxic venom on this land. The snake can kill 100 humans with a single bite. Its single bite produces 110 mg of venom. It is not aggressive usually and avoids human contact. Its venom is usually ten times more toxic than the cobra. It can kill an adult human within 45 minutes however no fatalities have been recorded yet.

Death Adder found in Australia, New Guinea. They hunt other snakes usually via ambush. Death Adder bites are considered the most dangerous bite in the world. It causes death within 6 hours because of respiratory depression. Its antivenin is powerful, and no death occurs. But if proper treatment is not given its bite could be lethal. It has the quickest strike rate than any other snake. It strikes and goes back within 0.13 seconds.

Rattlesnake is a type of Pit Vipers. They are found throughout America. The name rattle is due to the rattling located at the end of the tail. This rattle creates noise. Eastern Diamondbacks are the most dangerous among Rattlesnakes. They have hemotoxic venom which causes degenerating organs, destroying tissues, and coagulopathy. They can strike up to 2/3 of body length. A rattlesnake bite is fatal and due to the inability of antivenin to control venom loss of limb or death occurs. Antivenin works if given on time.

Belcher’s Sea Snake is the most dangerous snake on the land. They are found in Northern Australia and South East Asia water. Their stripes recognize sea snakes. A few milligrams of Belcher’s sea bite venom is enough for 1000 humans. Can you imagine its toxicity? The Interesting thing is that they have no interest in confrontation but they bite when they feel threat. Usually, fishermen are the target of these snakes.

List of Top 10 Most Dangerous Snakes in the World

By reading this article, you will know a lot about snakes. We have told you about their habitat and their venom. You can meet some of them in any populated area of this region. Some of them are so deadly that cause death at some point. Now you know about their symptoms and treatment. In case you encountered any of these snakes then immediately take the treatment otherwise serious complications result.

10 Most Dangerous Poisonous Frogs in the World

Top 10 Most Dangerous Dogs in the World – Be Careful