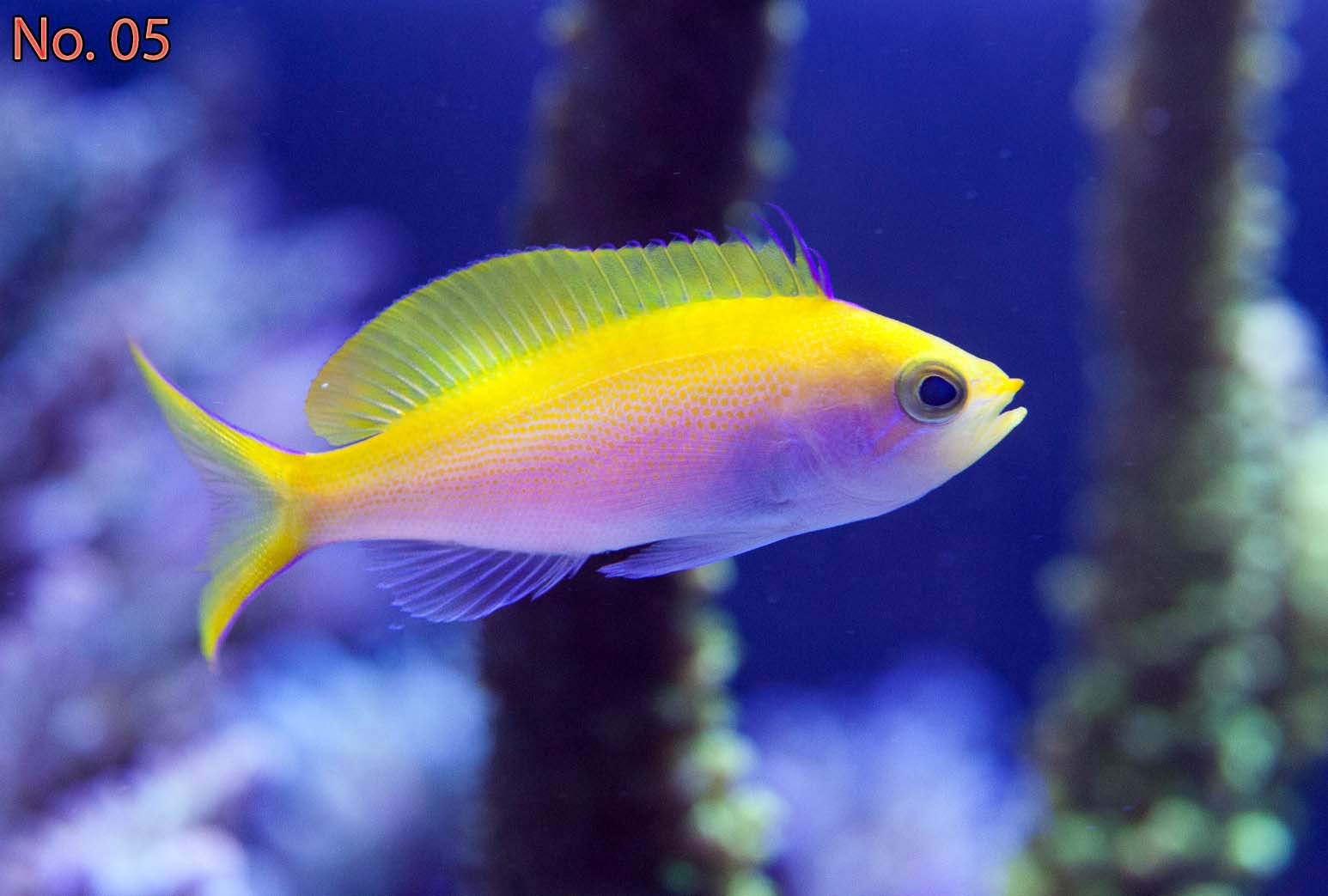 Fishes are magnificent and colorful creatures of Allah. Most people have an aquarium in their homes in which different colors of tropical aquarium fish are kept while some of them are very rare. Some people love to maintain pictures of rare fishes and collect them from different places. There is a variety of fishes in the world among which some are very rare, so their prices are also different which ranges from $1000 to $400,000. The price of the fish depends on their type and the procedure to collect them, their rarity as well. Few specimens require special permission from the government to keep in the aquarium. The world’s most expensive fish is Platinum Arowana which costs $400,000 and a rare polka dot stingray costs $100,000. Here you can see the top 10 Most Expensive Fish in Deep Water.

Candy Basset is the most beautiful and colorful fish in the world. Its habitat is mostly the Caribbean waters and the coast of Curacao. This fish is also including the list of collectors because these fish show brilliant color in the aquarium. It is not easy to capture this fish because it is seldom found. Candy Basslet is kept alone in the aquarium which is deliberately decorated with live rock. These fish survive on a diet of beefy seafood such as finely chopped fresh or frozen marine fish or shrimp. It was not bought by everyone but in recent years, a person purchased this fish to keep it at home. The price of this tiny fish is $899-$1000.

Clarion Angelfish is a very famous cast and is also known as the most beautiful fish on the Islands. It attracts the collector because of its unique, brilliant color. It is found in the Islands off the Pacific coast of Mexico and also found in the islands of Clarion and Revillagigedo. The Clarion Angelfish are not easy to capture because you have to take special permission from the Mexican Government to collect them. It has a price tag of almost $ 2500. They have the capacity to survive for 40 years because it is rarely found in the market for sale. This fish is a perfect blend of different colors. This fish can not thrive everywhere and come in the aquarium trade with an expensive price tag.

The butterflyfish is the most famous fish among collectors because it looks fantastic when swimming in aquarium water at home. It has dusky grayish black with bright yellow accents and a length of almost 6 inches. It is vernacular to the western Pacific Ocean near central and southern Japan. These fish feed on an enriched meaty diet with algae and other green foods. It is chiefly found in Japan. It achieves popularity in the world due to its price which is $2,700. It can also be found in America as some Asian people capture them from there. Butterflyfish can live alone or in small groups. Once in captivity, it shouldn’t be put in anything under 180 gallons. It is rarest found and least owned due to its high price

Australian Flathead Perch is a super rare trawl in the world because it is rarely found and tough to catch them. These fish get a price tag of $5,000 when coming into the aquarium trade. It is found only in Australia not anywhere else. Perch live under the rocks to hide from the divers and come outside for food. The food of this crawl is shrimp. People can see them but can not catch them. The first Perch was offered for sale in the United States for $4,999 in 2011. This fish is considered a perfect touch for the aquarium. These fishes look just amazing with vivid stripes and colors to make them gorgeous.

Neptune Grouper is a very unusual tropical fish but is never available for purchase. Deep sea divers require special diving techniques to collect them, and it is a challenge to catch them. This fish looks fantastic with brilliant shades of yellow and orange, however, adults display pink coloration with bright yellow bands. People wanted to own them but cannot. When his fish comes in the market, collectors are ready to pay the hefty amount of $6,000 for this fish. We wonder to see that, the adult Neptune grouper can sometimes end up iced and sold in the fish market for less than $100 for human consumption.

It is the smallest and cutest trawl among fishes. The name Golden Basslet comes from its color because these fishes have a golden color with red outlining the fin, which looks stunning. This rare treasure inhibits the Pacific and Atlantic. It is very hard to catch them, and collectors use a marine submarine craft to collect them which makes them more expensive fish. It is rare to see fish in the aquarium trade and for sale. Golden Basslet thrives on the diet of meaty foods such as finely chopped marine fish, squid Mysis shrimp; vitamin-enriches brine shrimp. And it does not quickly adapt to another environment. In rare captivity, the fish requires, at least, a 30-gallon tank and plenty of rock caves for hiding. People seized them on the dark sea, and this property gives them a price tag of $8,000. It is also named the golden beauty.

Bladefin Basslet is a tiny red and white cutest fish that comes with a price tag of $10,000.This fish is found at the depth of 500 feet underwater making it the hardest to find and collect. This fish is 1.5 inches in length and requires a submersible to collect. This name is given to this fish due to its funny blade –like the dorsal fin. It is one of the most lovely fish among the collectors, and it is also rare fish that makes it expensive for many. It is found in the Caribbean. You can see in different color range like orange, and white. The notion of spending $10,000 for a nano fish is quite a no-no for an average aquarium. It is on the top for those people who have the zeal to collect different rare fishes. It is not available for sale.

Another exotic fish on this list is the Peppermint Angelfish worth $30,000. The peppermint angelfish naturally prevail in the waters of the eastern-central Pacific around the Cook Islands, and it is one very rare to find. The first highly sought-after specimen landed in the United States at Living Reef Orlando in 2013, The other juvenile Peppermint arrived in the States in the same year and was offered for sale at a price of $20,000. It is found in Waikiki Aquarium and captured by a Smithsonian Institute research expedition. It is one of the most beautiful deep-water fish, which has striking stripes of red and white as the name suggests. It is estimated that very few fishes of this species could be seen in the world. The divers cannot reach the length where this fish is found. It is in high demand among the people but cannot locate it.

This rare captivity beautiful fish was displayed at a pet fish expo in Taiwan in 2013. It is a very different species that have a distinct sting on its head which is the symbol to recognize it and give this a U-shaped. It is considered as the most expensive fish displayed in Taiwan, and its price was almost $100,000. The person who captures this fish has to feed them from their hands. It is shocking to know that price of the fish is very high. This stingray would never be able to survive in wild; it can’t catch food with its misshapen head. It must be hand-fed and should be kept in an aquarium of at least 100 gallons to survive. The aquarium should be large enough for it to swim around and breathe. The water has to be kept clean and well-filtrated to keep it healthy in captivity.

Platinum Arowana has different types such as Red Arowana, Green Arowana, Yellow-Tail Arowana, Siver Arowana, Black Arowana, and Australian Pearl Arowana most expensive one in the world is Red Arowana. The world’s most expensive fish is the red Arowana, which has a price of $400,000. The fish has no coloration on its body resulting from a very rare genetic mutation. It is also known as White Arowana. The great and unique kind of Arowana is so valuable that an ID microchip is embedded into it before it reaches sexual maturity for identification. Arowanas occur naturally in South America, Southeast Asia, and Africa. This fish has a size of more than 35 inches and can live for more than 50 years. They must be kept in at least a 300-gallon tank with plenty of live food such as crickets and worms. They are intelligent fishes with the ability to recognize individuals, and they can be trained and hand-feed.

List of Top Ten Most Expensive Fishes Ever Sold

We conclude from this fascinating article that fishes are gorgeous, stunning creatures in this world. Everyone in this world likes to fish and applauds their beauty as well. Some fishes are the perfect blend of different colors which makes them more rare and famous in the world. All these fishes discussed above are very scarce and expensive as well. People keep different types of fish in their homes, and these fishes are just like toys for children. People are willing to spend money on this tiny amazing creature.