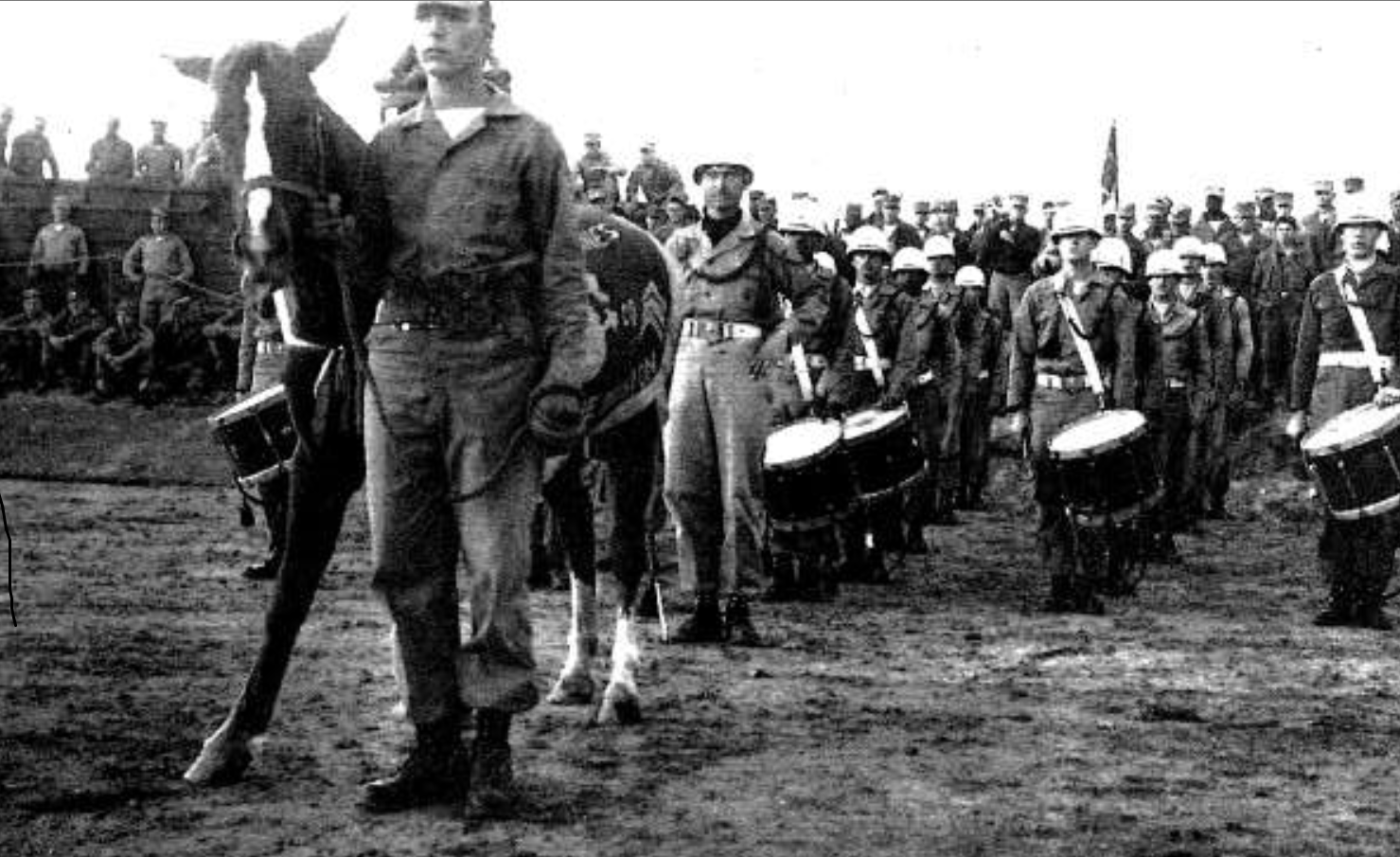 Horses have always been known as a faithful companion of man. Many people in the world love riding horse. Riding horses were used in wars in ancient times. Some people also keep affection for their horses and take care of them very well. There are many types of horses that made their name in history most of them are racehorses. However, there are few horses that are famous for their loyalty, bravery, and service in battles. We are going to tell you about ten famous war horses in history who took part in many wars and were accompanied by their master in every tough situation. Here you will read about the Top 10 Most Famous War Horses in History.

Related: Top 10 Most Fastest Animals in the World

Chetak was also known as “Blue Horse” due to the blue ting on its coat. He was the horse of Maharana Pratap, who was the king of the Rajputs of North India. He was killed in the Haldighati battle on 21 June 1576 by an injury during the fight between the Mughals and the Rajputs. Pratap built a monument at this place for his beloved horse where he fell at Haldighati. This statue was located in the Rajasthan district of Rajsamand. Chetak also appears in many ballads and folk tales of locals.

Bucephalus is the favorite stallion of one of the greatest warriors” Alexander The Great” He is known as the first celebrity horse in history and a massive creature. Alexander acquired this horse at the age of 13 and stood with his master in many battles. During one battle fought between Alexander and Indian king Porus in 326 BC named as “Battle of Hydaspes” Bucephalus was also accompanied by his master and got fatal injuries. He did not recover from these injuries and died. Alexander built a city “Bucephalus” on the bank of river Jhelum to pay tribute to his favorite horse. One Pakistan town is also named on the name of this historical horse.

An American gray Saddlebred born in 1857 was the favorite horse of General Robert E.Lee. The original name of Traveler is “Greenbrier.” Lee bought this horse in 1862. This American Saddlebred was known for his strength, speed, and courage in combat. Lee was the commanding officer of the Confederate Army during the American Civil War. This brave horse accompanied him in many wars. however, Traveler died of “Tetanus” in 1871 because no treatment was discovered for this disease at that time.

Kasztanka was the famous horse of Marshal Jozef Pilsudski, who was the hero of the Polish war. First, she had been owned by Ludwik Popiel and Pilsudski bought her in 1914. The name “Kasztanka” was given to her due to her color meaning” Chestnut in Polish.”During the first world war, she was accompanied by her master in wars of the Polish Legions on the side of Germany and Austro-Hungary. The Polish Independence day Parade on 11, November 1927 was the final ride of Pilsudski on this beautiful horse on Saxon Square, Warsaw. Kasztanka finally died on 23 November 1927 after taking part in many battles with her master.

It is a famous war horse possessed by former French Emperor Napoleon Bonaparte. He was an Egyptian breed and was exported to France in 1799. The Marengo name was given to this stallion to pay honor to the Marengo battle which was fought between Austria and France. He had kept amazing capabilities, and he carried his master safely from the war. Napoleon took him in many battles including Waterloo in 1815 but unfortunately, Napoleon was defeated in this fight by British forces. He died in England in 1831 because in that war Lord Petre captured Marengo and was taken to England. The skeleton of Napoleon’s horse is displayed at the National Army Museum in Chelsea.

A white horse with a long tail was the stallion of Simon Bolivar, who was the liberator of Latin America. He was gifted to Simon Bolivar by a woman Casilda, who wished to present her horse to a great general. During the period of the liberation struggle in 1819, Bolivar rode Palomo on many campaigns. This adorable horse died after a long march even though Bolivar’s officers take care of him. At the Museum of Mulalo, its horseshoes are displayed.

A famous horse of the Duke Of Wellington “Lord Arthur Wellesley. He was born in 1808 and was bred by General Grosvenor. In the second battle of Copenhagen, he was named Copenhagen to celebrate the victory of the British. He came into the possession of Lord Wellington in 1813, and he carried him in many campaigns. He also took part in races. Copenhagen stands with the general in the Battle of Waterloo, where he defeated Napoleon Bonaparte. It retired after the battle and spent later years at the stable of the Duke. The horse rests in peace on 12 February 1836.

American Civil War General and later President Ulysses S. Grant owned three war horses, and Cincinnati was one of them. He was the son of Lexington and the fastest horse in America at that time. It was the favorite horse of generals and take part in many wars with Ulysses S.Grant. Grant is depicted riding Cincinnati in most of his memorials. Abraham Lincoln was also an admirer of Cincinnati and frequently traveled with him. The horse took his last breath at the farm of Admiral Daniel Ammen, located in Maryland in 1878.

One of the famous horses owned by the US Army was the Comanche. He was known as the survivor of the Battle of Little Bighorn. Army bought this horse in 1868, and Captain Myles Keogh of the 7th Cavalry rode on him. He was given this name due to his extreme bravery in battle against the Comanche. He also proves himself in the Battle of Little Bighorn in 1876 when he carried Keogh safely when no other soldier survived. Comanche died in 1891. He was also given a military funeral; only a few horses receive this.

Reckless was famous war horse ever in history. A horse of Mongolian breeds owned by the US military. She was trained by the US Marine Corps when she was brought in 1952 to the United States. She was used in Korean War to provide weapons and evacuate injured soldiers. Reckless was famous because of her intelligence. He was popular in a battle of Outpost Vegas in 1953 when she made 51 solo trips in a day. In 1954, she made a sergeant and retired. She left this world in 1968.

List of Top Ten Most Famous War Horses in the World

https://web.archive.org/web/20181006073532if_/https://www.youtube.com/embed/H-MamoUmVh4
We expect that it will be an interesting article for those who love horse riding and keep interested in horses. This article also gives you a little knowledge about history. Horses were also used for transportation in ancient time when no vehicle was available.

Top 10 Most Beautiful Horses in the World

Top 10 Most Fastest Animals in the World