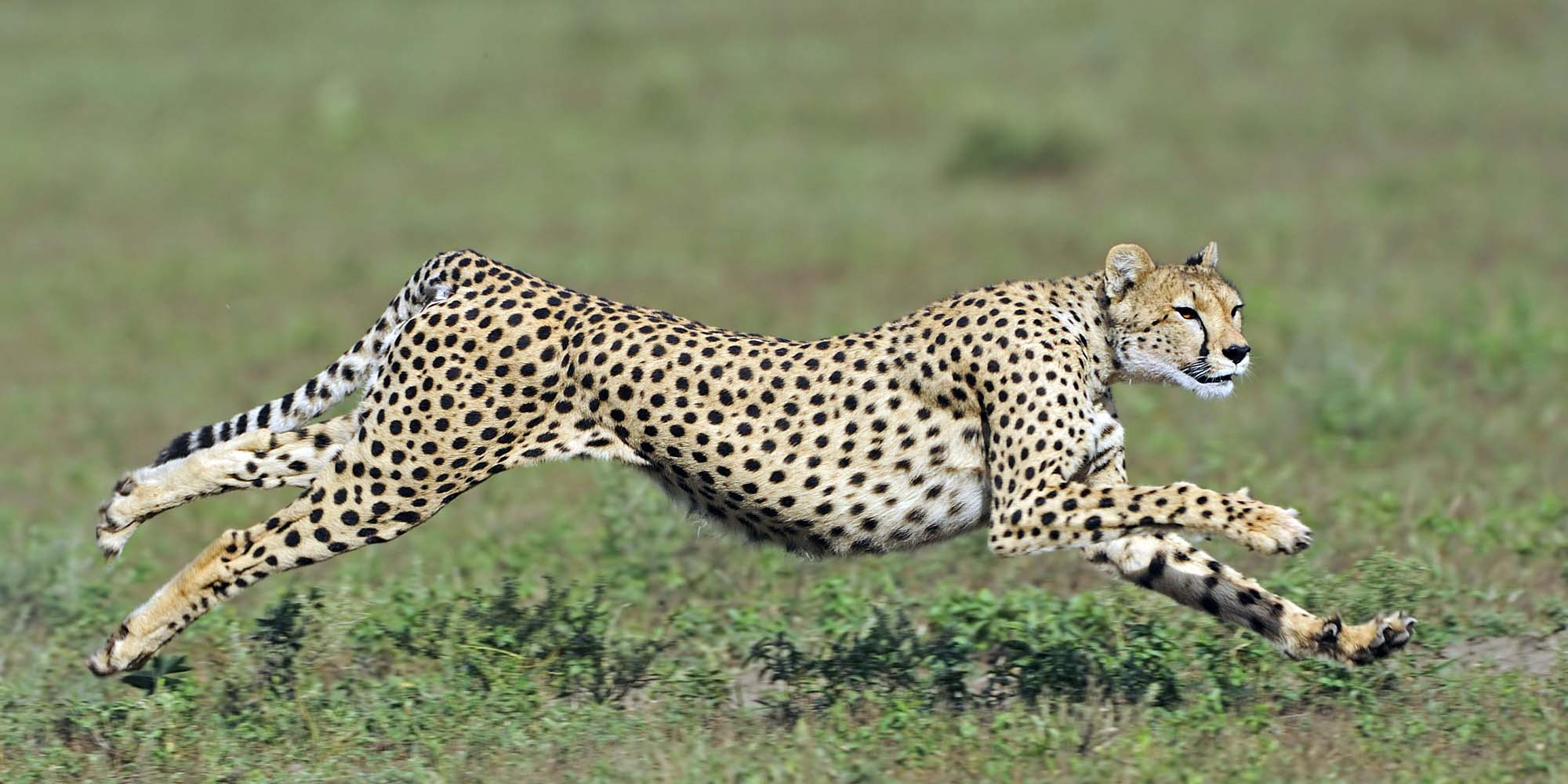 You might also be interested in the Strongest Animals in the jungle that ever lived in the world.

Elk is the 10th fastest animal on our list which can run at its fastest speed 45 mph. They have large in size, so it is a very dangerous animal. There are many other animals that move fast as compared to Elk, but they can cause considerable damage.

Never underestimate the small animals, Brown Hares. This smallest mammal has the fastest speed of 47 mph. Brown hare is larger in size than rabbits and has longer ears and legs. They run in a straight path but also can run in zigzag movement and attain their speed. Brown Hare is the 9th fastest animal in the world.

Gazelles is a similar category to Lion’s and Wildebeest. Gazelles are the habitats of African grassland. They have a very reliable speed of 50 mph which saves Gazelles from a predator. Lions, Cheetahs, and Gazelles have almost closest fastest speed. Therefore, they preferred Cheetahs as their prey which is also one of the fastest animals on our list.

Lion is famous as the “King of the Jungle” they have aggressive nature and run up to 50 mph. Lions are very dangerous predators on earth. With their fastest speed, they can easily get up their prey for hunting. Lions can live up to 20 years but in some cases, they live only for 10 to 14 years.

Wildebeest is a herbivore mammal and native mostly to East and South Africa. They are famous due to their annual migration to new pastures. They are not fast as The pronghorn but have an ideal fast speed of 50 miles per hour. This animal has strong shoulders and legs which make their movement quick. They can grow up to 1.30 feet in height and mainly live in groups and do migration from one place to another in search of grass.

Pronghorn Antelope are North America’s fastest land animals. They can run up with their top speed of 60 mph. They have white fur on their sides, bellies, breasts, and rumps. Antelope is the fastest animal than any fastest predators which inhabit North America. This fastest animal can travel many hours without getting tired. Cushioned, pointed toes absorb shock, and extra large organs are the unique features that help them to run at high speeds.

The cheetah comes as number Fourth fastest animal in the world which has its top speed of 61 mph. That animal belongs to the Felidae Family and lives in Africa. The long, strong legs help them to gain the fastest speed, and they keep their tails to steer in the right direction of the run. With time Cheetah population is decreased. They have four times greater speed than humans.

Sailfish is one of the top-speed animals on earth and the fastest animal in the ocean. It can swim at its fastest speed of 68 mph. It mostly lives in the Atlantic and Indo-Pacific regions. Sail Fish has long body shapes which help them in most rapid swimming and diving.

The frigate Bird is an ocean bird that mostly lives in South America. It has the largest wingspan which maintains its body weight. They can fly as fast as 95 miles per hour. This ideal speed helps them to steal food from other ocean birds. Their favorite preys are squid and fish whenever they see on the surface they attack their prey. They spend most of their time in the air and rarely touch the ground. They make sturdy nests nearest to oceans.

The Peregrine Falcon is a number one fast and furious creature. They have 200 miles per hour speed and live in all regions of the world except Antarctica. They have long wings which help them faster movement in the air. Their height also depends on upon their prey, Peregrine have good eyesight and quickly sense their prey from great heights. Falcons make their nests at a height near ocean regions and eat small birds in their diet.

List of Top 10 Most Fastest Animals in the World

We conclude from this article, Some animals on the earth have the fastest speed than Human Beings. With their highest speed, they quickly can catch their prey. Peregrine Falcon, Frigate Birds, Sail Fish, Cheetah, Wildebeest, Lion, Pronghorn Antelope, Thomson’s Gazelles, Brown Hair, and Elk are included in this list. Size does not matter for speed because some animals and birds look small but they have excellent speed.

Top 10 Most Famous War Horses in the History

Top 10 Strongest Animals of Jungle In the History