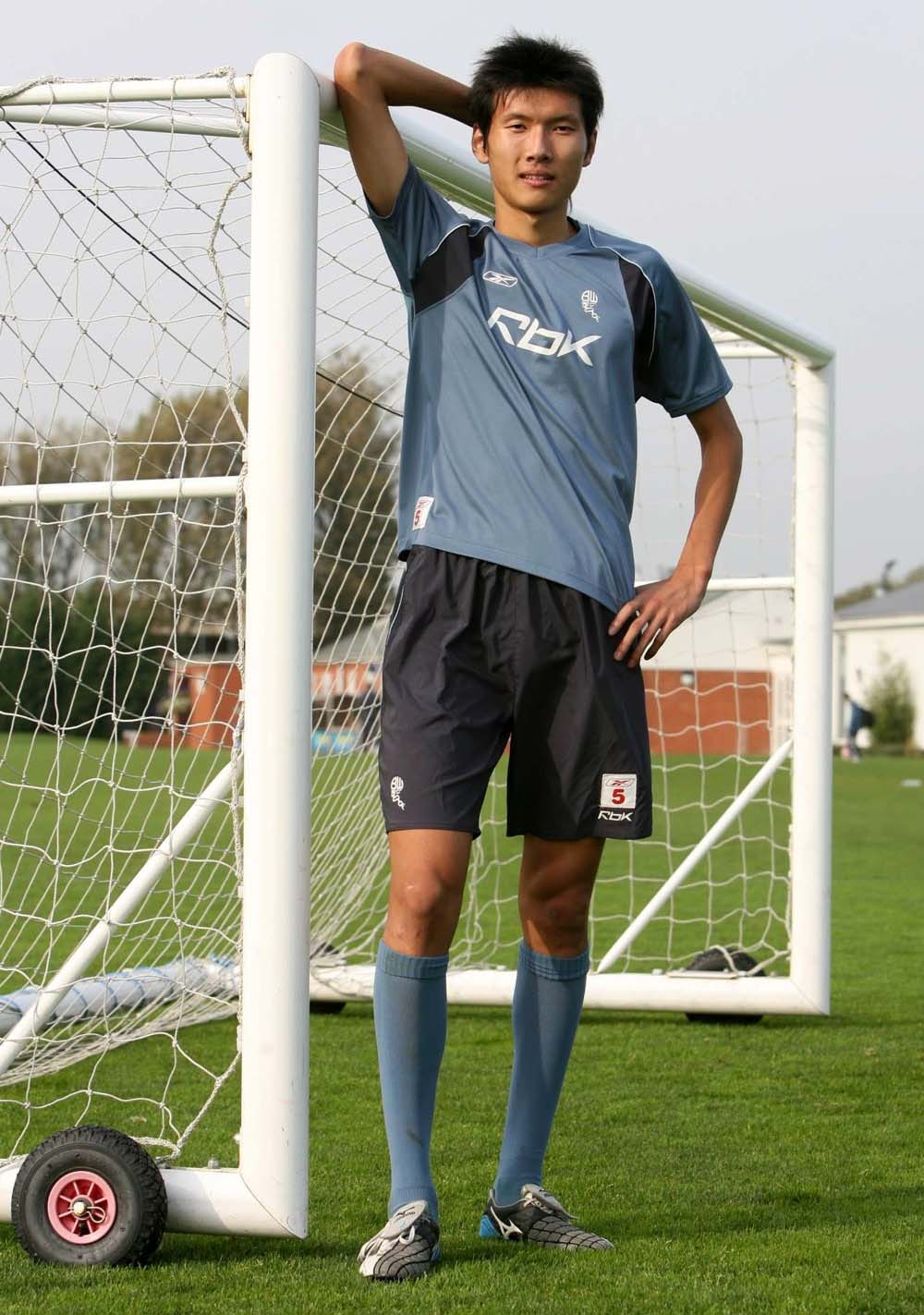 Height is a very important trait for a footballer because it shows the team’s style. Tall players in the team can be more efficient when an attack is so quick and healthy. They have a significant presence on the ground; they can tackle the game more efficiently. Here is the list of the top 10 tallest football Players who got famous due to their height as well as their work. The Absorbing thing is that most of the players are goalkeeper strikers. Kristof Van Hout is the tallest football player in the world standing at 6 feet 10 inches. The tallest soccer players are usually the fastest players in the world.

Kjell Petter is a Norway’s Club, the goalkeeper. He plays for Stern football which is a 3rd tier-league team in Norway. His Height is 6 feet 8 inches and Stern played for other two clubs two-time Norwegian Premier League winners Lyn Football and also in 1983 Norwegian Cup winners Moss FK. In the football world, Opheim never made a mark for himself despite his considerable fame

31 years old Ever Iversen is 6 feet and 8 inches tall a Norway defender. He is still unknown, but people believe that Even is without a club at this time. The most successful season of his career was when during 2006- 2007 Ever Iversen represented three times Norwegian League Champions Bode. In his 33 appearances, he has scored three times for the club, and now he has retired from professional football.

Oyvind is a classic striker man, and he stands at 6 feet 8 inches. His opponents tried many times to block him and mark him, but he has got fame in the soccer world. In the beginning, he starts his career as a striker and plays for Molde FK. After two years he moved to Fredrikstad and Now he is playing for Honefoss. Honefoss is a Norwegian first-division team; he also played in a second-group tea, Sarpsborg 08 and they got success due to Oyvind. In 128 appearances he scored 44 goals for the team. He has hosted in the past for second-string English teams including Luton Town and Norwich City included.

Costel Fane Pantilimon is a Romanian goalkeeper who is 6 feet and 8 inches tall. He plays for the Premier League club Manchester City and he is currently the tallest player in the league. Pantilimon started his career at Aerostar Bacau club and at that time he also worked at that point in the U19 team Romanian. In 2006 he was made the first choice of the goalkeeper of Timisoara. He is very famous due to his performance during France vs. Romania in the 2012 Euro qualifier. He has given much time of his career to Joe Hart at Manchester City.

Lacina is an Ivory Coast footballer who stands at 6 feet 8 inches. He started his career at his boyhood club Staged’ Abidjan in Ivory and after this, he moved to CFR Cluj in Romania.  Lacina Traore has done 14 goals in 44 appearances. But in 2011 he sold to FC Kuban in Russia for a fee of 6 million euros. For FC Kuban he did 18 goals in 38 appearances and became a third-best scorer in the Russian League. But soon Anzhi Makhachkala purchased him for 18 million euros and had done 13 goals in 25 appearances.

Tor Hogne is a Norwegian striker who is 6ft 8 1/2 inch tall. He is 38 years old and 5th tallest professional footballer in the world. He began his career with Spjelkavik IL and Frigg, after this in 1999 he moved to the most successful Norway team Rosenborg BK. After two years he was included in Aalesunds FK in 2011 and established as a prime goal scorer. He scored 90 times in 242 appearances. He became an Aalesund legend and left the club in 2011. Aaron moved to a second-division team in Japan but now again he moved back to Aalesund.

Yang Changpeng is a Chinese striker who stands at 6ft 8 1/2 inches. In 2006 he spent one month on a trial basis with Bolton Wanderers but failed to impress, so he went back to China. After this, he started his career with a Chinese club called Wuhan Guanggu. But now he is playing for Meizhou Kejia.

The 36 years old Vanja is a Croatian Goalkeeper, who plays for Opatija and is 6 feet 9 inches tall. He started his professional life with NK Istra 1995 which is located in Pula, Croatia. He played for 2 Croatia teams and then in 2002 moved to the Australian League team Sydney United FC. He remained only one year in the team and made 24 appearances for the team. Then joined NZ Zminj, which is also another Croatian Football Club. He has got success at two events; one is with NK Pula Club from 2004 to 2007 and the second was with Eskisehirspor, which is a Turkish Club between 2008 between and 2012 and made 121 appearances.

Paul Milla is the Second tallest British footballer who plays for Elgin City and stands at 6 feet 10 inches. He is 25 years old British striker. Paul Milla also works at the RAF Kinloss, which is based in Moray in Scotland. He has done 15 goals in 66 appearances for Elgin City.

Kristof Van Hout is a 28 years old tallest goalkeeper in the world standing at a whopping 6 feet 10 inches. He started his career with a former club of Jaap Stam called Willem II, Netherlands. Kristof Van Hout played for three years at Willem Kristof and did not make any appearances, so Kristof Van Hout moved to Belgium and played for K.V. Kortrijk. Then he worked for Standard Liege, which is the most famous club in Belgium. Again he transferred to K.V. Kortrijk in 2011 and spent the entire season as a first-choice goalkeeper.

List of Top 10 Tallest Football Players in the World

Top 10 Most Fastest Football Players in the Last FIffa WorldCup